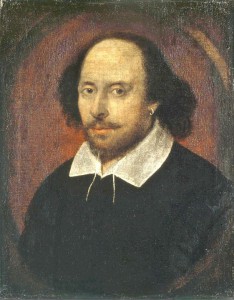 400 years of Shakespeare: Recounting some of his lesser-known works

Even after more than 400 years since Shakespeare penned his last work, he is still the greatest known writer of not just the English literary canon but the world literary canon. So what makes him ‘The Bard’ of all times? Shakespeare’s plays have a universal appeal because of the way he captures the essence of human emotions. Shakespeare drew his characters in a very detailed manner delving deep into their psyche. His characters are never black and white, they are multi-layered. His protagonist often possesses a tragic flaw signifying the human tendency to err which is what makes his plays evergreen.

Shakespeare’s most known plays of all times are the tragedies Hamlet, Othello, King Lear, Romeo and Juliet, Macbeth and Julius Caesar and the comedies Merchant of Venice, As You Like It, Midsummer Night’s Dream and Comedy of Errors. However, there’s much more to Shakespeare than these famous classics.  Here are some of Shakespeare’s lesser known yet equally well-written plays that one should not miss reading.

Pericles, Prince of Tyre: This play is believed to be part written by William Shakespeare and part by George Wilkins. This is one of the first ‘Problem Plays’ that Shakespeare wrote. One of the reasons why the play is exciting to read and watch is because of the shifts in the setting throughout the play. The play is about the life of Pericle, the Prince of Tyre who escapes a plotting king and marries Thaisa only to lose his wife and daughter during a storm in the sea. Dramatic elements like love, shipwreck, incest, riddles, famine, jealousy, an omniscient narrator and separation of loved ones makes the story of Pericles, the Prince of Tyre is definitely worth a read. The play is embedded with a whirlwind of events, one tragedy after another befalling the Prince of Tyre with a joyous ending depicting the rewards of human goodness.

Cymbeline:   The play is actually the story of King Cymbeline’s daughter Imogen who, against the wishes of her wicked stepmother and her oafish step-brother Cloten marries a low-born Posthumous. While Posthumous is banished for this deed, the play leads to a new revelation at every turn. Cymbeline is more of a romantic than a tragedy. There is plotting, there’s murder and then there’s the divine intervention by god Jupiter. A perfect mix to be a great romantic.

The Merry Wives of Windsor: This play written by Shakespeare was first published in 1602 and one of the few plays based in contemporary England. The Merry Wives of Windsor is more like a humorous family drama. An old penniless Mr Falstaff from Henry IV is seen in a different light as he tries to woo two wealthy mistresses Mrs Page and Mrs Ford, who take it upon themselves to teach the sly man a lesson. Miss Anne Page on the other hand faces a dilemma as she is being pursued by three gentlemen at the same time. There are mistaken identities, there is dramatic irony, and there is slapstick comedy which makes the play highly entertaining. With funny character names like Slender and Mrs Quickly the play presents itself to be quite a delight.

The Life of Timon of Athens : This is a simple Shakespearean drama yet strikingly different from most of his other plays. The play is about the life of Timon who is an overly generous man, so much so that his lavish dinner parties and giving away of gifts to people made him bankrupt. Presumably, in times of trouble, this do-gooder expected his friends to help him by lending him some money. Unfortunately, no one agrees to do so and a dejected,  bitter Timon leaves the city to find shelter in the woods. This play does not have many subplots, it does not have the presence of very powerful characters either. The protagonist Timon, is not the usual Shakespearean hero, he is spend-thrift and all he craves for is attention. This character journeys from being a philanthropist to a misanthropist by the end of the play and his psyche is brilliantly portrayed by the playwright.

Titus Andronicus: This Shakespearean drama is as gory as it gets. Most characters in this play are blood thirsty and vengeful. This is the first tragedy that Shakespeare had written. The entire plot is based on revenge and its vicious cycle. While a lot of readers find it very disturbing, many find it powerful and gripping. Titus is a Roman general who emerges victorious in a fierce battle after losing twenty-one of his twenty-five sons. He returns to Rome with Tamora, the queen of Goths, her three sons and Aaron from the Moor as prisoners of war. The tale starts after Titus sacrifices the eldest of Tamora’s sons. Consequently, Tamora makes sure they indulge in a blood bath leading to the death of fourteen characters and some brutal violence.

Some of the above plays were written in the early phase of Shakespeare’s journey as a playwright. “Titus Andronicus”  is known to be the first of Shakespeare’s tragedies. There is an evident distinction in the style, both in writing and in plot of these plays. For anyone who loves reading, these plays are a must because they mark the start of a history in the making.