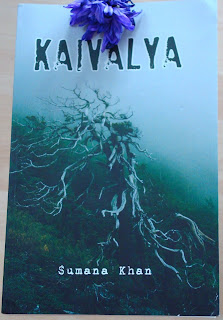 Perhaps there is no greater pleasure on earth, than being immersed in a good book. For me, it has to especially be crime fiction. I guess I will be eternally indebted to innumerable authors who have lightened up my life every single day. How much ever crappy the day was at work, the thought of a crisp thriller lying by my bedside, always made me look forward to the end of the day. Be it the immensely sexy, deadly Charles Calthrop as Jackal in Forsyth’s Day of The Jackal; or the century’s most enigmatic villan Dr.Hannibal Lecter – they’ve been a part of my life, as much as my family, friends and colleagues. No, I don’t hear voices in my head…yet.

So, when I decided to take a break from the corporate scene, I was warned gently that I would be back at a cubicle in no time. It was tempting. 13 years of experience behind me. Good pay. Bad roles. Why not? But then, it got me thinking. Did I not see anything else in my life, apart from sitting in front of a laptop? Here I am, young (okay…younger than most Hollywood top paid heroines. Younger, but heavier…) mid-thirties…and I don’t know what to do with my life? That scared the crap out of me. I decided to sit it out. I actually mean sit-it-out. Sit on the sofa. Stare into space…well stare at a communal garden where a three-legged cat did the same thing. A result of that ‘sitting out’ was the decision to try out something new. Something I loved. Writing. The thought was stimulating. I did not want to just blog. Not even short stories. I wanted to do a full-fledged novel. Did I have it in me? Did I have the discipline? What if I don’t get any ideas at all? Again, I decided to sit it out.

Four weeks. I cooked, I cleaned, I sat and stared into space. What did I want to write about? Well, I KNEW what I DID NOT want to write about. Identity crisis due to immigration to another country, arranged marriage, a bored housewife rediscovering her sexuality, slums, corruption …basically all the literary fiction that is associated with India and Indian authors. I wanted to write a story that I would personally love to read. My favourite genre. Crime. Good. What kind of crime? Will it be a robbery? A murder? A serial killer on the prowl? I scribbled the thoughts in a notebook. I did not want to write an apology for a novel – a one dimensional array of words – A kills B. A tries to escape. But A gets caught. I wanted to write something that was complex, rich and had strong, interesting characters. Something that would make the readers smile. Something that would make them put off the chores to see what happened next. Something that would make them look over the shoulders every time the power went off and the room plunged into darkness. At the end of two months of ‘sitting it out’, I had a basic plot in my head. I had my ‘subject’ – a paranormal thriller! It was a challenging, mind-numbing exercise, replete with derisive self-doubt. Can two separate genres – crime and horror be intertwined successfully? It requires skilful weaving of subplots. It requires bringing out amazing chemistry between the characters. Above all, both these genres are almost absent in India (at least in the mainstream English fiction). Yet, can I steer away from the cinematic clichés of ‘horror’ in an Indian context? Vermilion smeared lemons, headless chicken lying around, the weird-looking, cave-dwelling exorcists (if it is a man) or…if it is a woman – someone who smears kajal with a vengeance. The challenge had me salivating. I plunged into it.

I had the characters worked out. I had the location worked out. And yes, I took a month to get the first para right. No jokes, folks. Writing that first line is a b****. I did not follow any ‘rules’ or use any ‘planning software’ to prepare my manuscript. I suppose that’s an efficient way – figuring out the chapters etc. But these frameworks hamper creativity, and I just wrote as the words fell out of my head. In many ways, I did not know what happened next in the story. While the outline was there, the details were missing. But as I wrote, the sequences revealed themselves – it was like driving in the dark. You don’t know the road; but you can see only a few feet ahead thanks to your headlights. I think that was very thrilling.

The principal characters of my story are as unremarkable as you and I. Regular blokes going about their routine. Yet, they are remarkable when pushed to a corner – again like you and I. The only liberty I’ve taken is probably to make most of them good looking! We all love good-looking, sexy, intelligent principle characters…right? My principal characters are urban, chic, globetrotters, well-off and intelligent. Someone of my world, with whom I can identify with…and so can you. I believe we are a summation of our experiences. We are what we are because of those memories, those lessons learnt. And that’s how I’ve attempted to reveal the characters to the readers throughout the book. Memories and experiences that made a character stronger, weaker or altered a personality.

The entire sequence of events takes place in my home-state in India – Karnataka. The mysterious, dark, brooding, yet enthralling lush forests of Kukke Subramanya, Sakleshpura, Bisle – the abode of the majestic King Cobra – I could not think of a better place for the story! Again, the challenge was – will it be a simple case of possession, a haunting? Or something more? I wanted to steer clear of the hackneyed ‘soul of suicide/murder victims coming back to nail the perpetrator’. I wanted this entity to be ancient. To have a specific purpose. To have a very, very strong character, with remarkable mental prowess. I wanted to develop this entity so that the reader loves her, sympathises with her, sheds a tear for her, above all, fears her. Thus, it felt only right that this entity belonged to the glorious Vijayanagara era – the most important time period in the history of Karnataka – marked by remarkable rulers and a golden period for music, literature and the arts. An era that sadly spiralled towards a most gruesome end in the hands of the Deccan Sultanate. And so, the story spans across two eras – 1550 – 1565 CE and present day (2005). 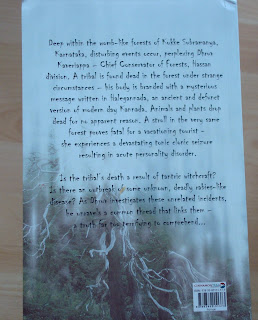 Given the fact that I am a debutant; and that I chose a genre which has not been a part of mainstream fiction in India, I did not even bother going to traditional publishers. After some research, I decided to go ahead and self-publish through Print on Demand. My publishers are CinnamonTeal, based out of Goa. They are book-loving blokes like me, and I’ve had a remarkable experience with them. They are not all ‘corporaty’ – just a homely bunch of geeks (I mean this in the most loveable way). They are flexible, approachable and always open to ideas. Above all, they are a very honest team. I got the same service as I would have if I’d been ‘selected’ by a traditional publisher. The only difference was that I was paying for the services.

As my book goes up on sale, I can’t eat, I can’t sleep. I am not nervous about the number of copies I sell. This was a hobby, an experiment – so it’s okay if just one copy is sold. I am more nervous about that single book-loving reader who finds the story disappointing. And so, my fingers are crossed, and I am waiting with bated breath for the first review to reach me!

So I hope this tickles you enough to buy the book! Since this is print-on-demand, the book is available only at this online bookstore –

Tête-à-tête with an Author

The Ongoing Battle Between Poetry and eBooks

1 thought on “Kaivalya – My Debut Novel”