Commander Deepak K L Shergill, psc. , author of The Beast of the Dragon (CinnamonTeal, 2012) took voluntary retirement from the Indian Navy on 1st September 1999 after over 23 years of service. He now sails as a Master Mariner on AHTSVs and has extensive experience and insight in the working of offshore oil fields. He is an alumnus of St Joseph’s Academy Dehra Dun, Naval Academy and the Defense Services Staff College Wellington. We spoke to him about his first books and his experiences as an author.

CinnamonTeal: Do you recall how your interest in writing developed ?

Deepak Shergill: As I was growing up my first love was reading. I grew up reading Enid Blyton, Capt W E Johns and as I moved to college I lapped up English classics and contemporary writers from Ian Flemming , Fredrerick Forsyth, Fredrick H Christian to Camus. This vast spectrum of literature tickled me to write. It was only during 1978 to 1980 that I wrote a few short stories. I don’t know if they were good or bad but I sent them to Shobha De through a friend who worked with her in 1982. Well, I never got any feedback, probably Shobha De just trashed them. I never wrote anything after that, only dreamed of doing so.

CT: How did the idea for this book come about? 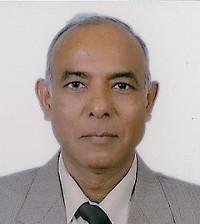 DS: Firstly every one in India is an authority on terrorism and secondly most Indians, even the minister who handles petroleum, have a vague idea about offshore oil fields. This always played on my mind. On 27 July 2005 there was a very unfortunate accident on Bombay High. Eleven people lost their lives and eleven others were reported missing. I was at the Mumbai Port that day having left Bombay High the previous evening, so I followed most of the news about the rescue operation on the DD news channel. The news bulletin gave full credit to the Coast Guard and the Indian Navy who came to the spot much later to pick up a few survivors after all the difficult work was done by Offshore Supply Vessels ( OSV) who were on the spot, working in very rough monsoon seas. Passing mention was given to the Masters of the OSVs that did all the difficult work. The CG and IN did all of that to justify them to the taxpayer. To add to the injustice, a very educated minister spoke at a press conference on TV and assured that ‘Rigs’ were being positioned around the affected platform for rescue operations. He did not know the difference between an Oil Rig and a Supply Vessel. I thus formed the story for a terror plot in an oil field hoping that through the story I could bring alive the difficulties of an offshore vessel operator’s life in an offshore oil field and the dedication with which the men and women work on these vessels. I started writing this story in 2007 and completed it in 2010 and revised the plot a bit after Osama bin Laden’s killing. In my story I portrayed a vessel dangerously encroaching on the offshore oil field. How true were my words. On 31 July 2011 MV Pavit a vessel abandoned near the Oman coast beached on the Juhu Versova beach. It had drifted past Bombay High without being detected or noticed by any one except the fishermen near the coast.

CT: Any part of the book you particularly enjoyed writing? Something you’d treasure down memory lane?

DS: The part where a team boards the rogue vessel to avert a catastrophe. I wanted to accurately portray the dedication of the people who work on offshore vessels. Everyday, in oil fields all over the world many put their vessels and their own lives at risk without hesitation so that the rigs and platforms can extract oil to move the world.

CT: Often it is said that the characters in a book assume a life of their own. Did you experience that too or did your characters stay true to what you had planned for them?

DS: Except for the two high profile terrorist all my characters came and went like chain links that bound the story. These links played their part as I had planned. As I moved through the story I could not help but humanise the two terrorists. They sort of ‘compelled’ me to portray them so.

CT: How long did id take to finish the book? What was the writing experience like?

DS: Like I said I started writing the book in 2007 and finished it in 2010 with very little changes. The only changes I made were in July 2011 after Osama bin Ladens killing.

CT: Briefly describe to us how you went about conducting the research for the book?

DS: The difficult part was writing about places in Pakistan and for that I depended a lot on the Google Map. The internet helped me to understand some parts associated with history. All other parts about the offshore oil field and vessels are part of my experiences. This is a profession that I love so much.

CT: In many places the book seems autobiographical. Is that an accurate statement to make?

DS: Yes the part about my personal experience in Sri Lanka in Ops Pawan while commanding a Seaward Defence Boat (SDB) and of course my present life in the offshore oil field.

CT: Do you have any future writing plans?

DS: Yes I have already worked out the frame work for the next book that will be about the betrayal of the nation of Israel by the British Government. And yes this one will have a main protagonist, something which was missing in the ‘The Beast of the Dragon’.

CT: How was it working with CinnamonTeal Publishing?

DS: Wonderful. The professional team at CinnamonTeal Publishing cleaned and ironed my book and packaged it to make me proud of my work. For my part I am truly proud of them.