A couple of months back, I was asked to speak as a panelist in the Publishing Next conference, hosted by CinnamonTeal in Goa. The panel that I was a part of was focused on discussing Copyright Issues in Publishing, in the light of the proposed amendments to the existing Copyright Act. It was suggested that I speak on how the legal framework of copyright, executed through contracts between an author and publisher, impact upon the author-publisher relationship, with specific focus on subsidiary rights and territorial rights. 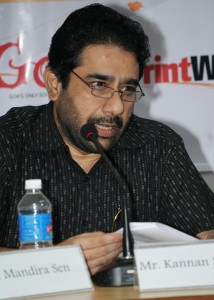 The day one of Kalachuvadu’s books is pirated, I will decide that we have finally arrived!

Tamil is probably the only Indian language that is also an international language. It is an official language in India, Sri Lanka, Singapore and Malaysia. After the vast Sri Lankan Tamil immigration to the West, Tamils now live in substantial numbers in about 50 countries across the globe. Their population is above 100,000 in cities like Paris, London and Toronto. It is said that more Tamils now live in Toronto than in Jaffna. Tamil is a municipal language in the city of Toronto.

Tamil-publishing activities are taking place outside India from Sri Lanka, Malaysia, and to a limited extent, in the Western countries. So, now I also dream of parallel imports.

Because, this would mean that the international Tamil market would expand manifold. Markets for Tamil books in Sri Lanka, Malaysia and the West would grow to such an extent that publishers would buy territorial rights from the copyright holder and publish them for their local market. And, we would do the same for Tamil books published outside India.

That would be a dream come true, because the scenario where 2(m) threatens us is possible only when the international Tamil book market becomes a fully developed market. I do not intend to either trivialize or romanticise the problems of the independent English publishers, but only wish to point this out: facing these problems in a developed market might be better than surviving in a market that cannot sustain book piracy or parallel imports.

Typically, a Tamil writer is thrilled if the publisher signs a contract, sends him a statement of accounts regularly and pays him some money as Royalty. Tamil publishers are not known to easily part with Royalty. For their star writers, they dole out some cash during the occasion of Pongal festival, which is like a bonus to encourage the writer. Royalty accounts are not given as a rule, but provided only under duress. I would like to narrate two stories to illustrate the author–publisher–copyright relationship:

Ten years ago, I met the family of a great Tamil writer who had passed away some decades ago. His books continue to sell well even to this day. The family narrated this story: Their publisher came every year to pay them a paltry amount as Royalty. Typically, he would then begin to complain about the lack of sales. So much so that the grandchildren of the writer began calling him “cry baby” behind his back. During one such visit, when he was about to leave, a granddaughter raised an innocuous question about his new house. His face spontaneously brightened up and he told her with a lot of pride: two floors are complete and the third floor is under construction.

Few years ago an archeologist visited me. He worked for multinational companies in Asia, Europe and Africa. He had written a wonderful book in Tamil on archeology nearly a decade ago. He wanted to know if I would republish it. I considered it an honour. He had doubts about the copyright for the book – whether it was with him or with the publisher. I pointed out to the imprint page of the book where it was clearly mentioned that the rights were his. At this time, two things struck me: one, this was the first time he was looking at the imprint page, and two, he had never received any Royalty for this very valuable book. 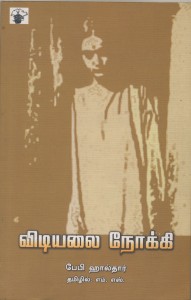 Couple of years ago, we published the Tamil translation of Baby Halder’s A Life Less Ordinary – the autobiographical story of a house-maid who had educated herself, and penned the book. Before we commissioned its translation in Tamil, the book was published in many Indian and international languages. Baby Halder had travelled across the globe, participating in readings and signing copies. When I gave her the Tamil translation, she immediately turned to the imprint page, read what she could of the information printed in English, asked me several probing questions on the number of copies printed and the royalty she would get. In my 15 years as a publisher, this was the first time an author quizzed me on the details of the imprint page.

Awareness of copyright does not come with education of it, but only with exposure to the issues of copyright. As a rule, Tamil writers lack that kind of exposure. There is enough material for a doctorate on Tamil publishers-author-royalty relationship in the last century, which will, in essence, be a history of exploitation of the author. A senior writer once wrote in a publication, “how can you cheat a Tamil writer by not paying royalty when he does not expect to be paid in the first instance?”

There are of course a few honourable exceptions to this rule.

When Kalachuvadu Pathippagam was started in 1995, one of our earliest decisions was to sign a contract with our authors and pay royalties regularly. This is hardly a revolutionary decision, but in the context of Tamil publishing it created a buzz and became our USP with the authors. The buzz came about because contracts and royalty were not the norm in the industry.

Very few authors have moved away from us in all these years. We have an undeclared rule of not approaching an author who is publishing with a fellow publisher. But authors often approach us. One major reason for this policy of ours is the respect for copyrights. The money is not big, and for many writers who are not dependent on writing for a living, it may not mean much in financial terms. But the few thousand that they earn through writing gives them enormous satisfaction.

Many senior writers have called me after they receive a cheque from us, and have said that this was the first payment they have ever received for their writings. For them, it becomes a moment to be cherished. Like I mentioned earlier, there does exist the theoretical possibility of territorial rights in Tamil. However contracts never mention the territorial rights. To my knowledge, sale of territorial rights has never happened.

The total population of Tamils across the globe is estimated to be around 65 million. But sales of books are minuscule when compared to this figure. For any piece of literary fiction and non-fiction, for a sale to be considered good is if an edition of 1200 copies is sold in a year.

There are many reasons for this. I will touch upon a few here:

Subsidiary sales are practically non-existent. To my knowledge, no Tamil publisher has ever sold film rights. Our film producers are too smart to waste money in buying rights. They have this unpaid army called “assistant directors” who are commissioned to read lots of books. Very few Tamil films are made with scripts. The movie team sits together with the story line and develops the movie scene by scene over discussions. As per the situation the assistant directors will adapt a character or role in the story from a published source of Tamil fiction and insert it in the script, as and when the story demands. It is done so cleverly that even the author will not recognize this piracy. 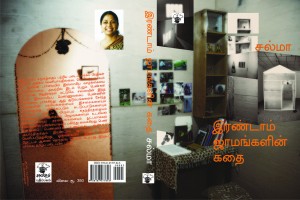 We at Kalachuvadu have sold a few subsidiary rights, for translations to Malayalam, English and some European languages. When I share news of sales with my authors, they are typically moved. They are excited about the possibility of their work being read by other readers in other languages. When a publishing house takes the initiative to sell translation rights, it definitely strengthens its relationship with the author.

Digital, in the context of history

Digital and e-book sales have not yet taken off among Tamil books, and so the industry is yet to face issues of copyright and subsidiary sales for digital rights. Speaking of digital books there has been a lot of debate on print books versus the e-book elsewhere and in the Publishing Next conference too. The traditional medium for writing in Tamil was palm leaves. We used this medium for at least three thousand years, or more.

The first book to be printed in any Indian language was probably in Tamil.  It was printed in Goa, in Roman script, for the purpose of propagating Christianity.  In spite of the advent of printing technology, for several centuries after this, palm-leaf writing flourished.  We have evidence that in the early-twentieth century, books that were first printed were later copied onto palm leaves for reading. I won’t go into the reasons, but I would like to stress on the point that the future of the printed book will be decided not on the basis of technology alone, but also on the basis of culture and politics.

Issues like piracy, 2m and digital rights, which are the talking points for independent English publishers, are not yet major issues for the Tamil publisher. But, as the market develops, these changes are bound to hit us sometime in the future.

On a more personal level, the signing of legal contracts, respecting copyrights and doing our best to sell subsidiary rights has had a very positive impact on our relationship with authors. Two years ago, I walked up to U.R. Ananthamurthy at a dinner at London. We had not met for a long time, so I began to introduce myself again: He silenced me, turned to the group he was in, and introduced me: “This is Kannan, my Tamil publisher, and he pays Royalty”!

Kannan Sundaram is the Publisher of Kalachuvadu Pathippagam, a publishing house that has published seminal texts covering fiction, non-fiction, literary criticism, social and political comment in Tamil language. He is also the Editor of Kalachuvadu, the renowned Tamil literary journal launched by Sundara Ramaswamy.

This article is a modified version of the talk given by the author at the ‘Copyright Issues in Publishing’ panel of the Publishing Next conference.

The end of the book as we know it?

3 thoughts on “The Right, Rights and Copyrights in Tamil Publishing”