Goa has had a love-hate  affair with books. It has suffered the trauma of book burning during the Inquisition. But it is also the first place in India  to print the modern book way back in the 16th Century.

Nowadays though things are looking up for book publishing. Every year there are around 200-250 books being published in Goa mainly in Konkani (in both Romi and Devanagari scripts), Marathi and English.

The stream of publications in English over the last few years has been especially swift. Goa 1556, Broadway Book Centre, Rajhans Vitaran, CinnamonTeal and Third Millennium among others publish a stream of books to feed the hunger for Goa related books.

For instance, Goa 1556 Publishers have over the last 2 years have come out with an astonishing  33 books on Goa or by Goans, with a new one or two being published every month.

The books are on a variety of subjects and genres and are written by people of different backgrounds and interests. Remarkably a 14 year old boy from Sharada Mandir School, Vivek Nayak had his  science fiction novel Inhuman published by Broadway Book Centre recently.

Among the notable books that have come to the bookstores recently are The Last Prabhu by Bernardo Elvino de Souza and In Search of Tomorrow and The Tulsi by Edila Gaitonde.

The Last Prabhu: A Hunt for Roots: DNA, Ancient Documents and Migration in Goa is the outcome of Bernardo Elvino de Souza’s curiosity  about his ancestry. A gaunkar of Aldona he is a retired Chemistry scientist in Switzerland. Using Communidade records contained in the Tombo de Aldona that had been translated and published in Gajanan Ghantkar’s History of Goa in the Goykanadi Script  he found he was a descendant of a Saraswat brahmin family of Prabhus. These Prabhus became Souzas in the 16th century.

But how did those Saraswats come to Aldona? Souza followed the work of Chandrakant Keni in The Saraswats (V.M.Salgaocar Foundation, Goa, 2008) which suggests that they migrated here after the River Saraswati, on whose banks they lived, dried up.

And before that? To find the answer Souza uses the research of IBM & the National Geographic magazine’s ongoing genographic project which maps human DNA to trace the deep ancestry of people around the world.

What emerges is that Souza’s ancestors travelled from Africa where man first emerged and migrated over the period of several millennia towards an area called ‘the Fertile Crescent’, an area that is now occupied by present day Israel, Palestine,  Syria, Kuwait, Iraq, Jordan, South Eastern Turkey and West and Southwest Iran.

These findings seem to find support in the archaeological findings of A. R. S. Dhume in The Cultural History of Goa: 10,000 BC to 1352 AD (2nd Edition, Broadway Book Centre, 2009). This suggests that around 4000 years ago descendants of Sumerians settled in Goa and introduced such changes as land ownership by the village god or goddess, dedicated places of worship (temples), and the village commune system. Could his  Saraswat ancestors have been those Sumerians (who belong to the Fertile Crescent)?

On caste, Souza suggests that the caste divisions in Indian society could possibly have been just a matter of luck as different castes often share the same DNA. But he is also rather indignant that some Hindu Saraswats do not acknowledge the common caste ancestry they share with Catholic Brahmins!

Souza’s book raises as many questions as it answers. Who were Goa’s first settlers? Could they be modern day Mhars or Kharvis? What implications does it have for our perennial ‘insider-outsider’ controversies?  Perhaps further DNA research is needed, as the data that Souza uses is confined mainly to a few Saraswat Brahmin converts to Christianity who come from the Bardez and Tiswadi talukas in Goa.

Edila Gaitonde’s In Search of Tomorrow (Rajhauns Vitaran, 2009) is a reprint of a fascinating autobiography of the first Portuguese woman who married a Hindu, the late freedom fighter Dr. Pundalik Gaitonde.First published by Allied Publishers it quickly went out of print and has been freshly reissued by Rajhauns Vitaran, Goa.

The book tells of her eventful social and political life first in Portugal  and later in Goa. In Goa, her Hindu in-laws and the society around her were quite bewildered as to how to deal with a firanghee bride. The Catholics were equally scandalised.

The book recounts the arrest of Dr. Pundalik Gaitonde after he impetuously burst out,”I protest!” when he heard a Portuguese apple polisher rapturously describe Goa as,“Here too is Portugal!”  After being subsequently deported to Portugal, the Gaitondes moved on to England.

Now Edila has come out with a new book of stories, The Tulsi (Goa 1556, 2011) where she once more dwells upon her cross cultural experiences. The stories are very easy to read and they mock at the barriers of culture and religion. The  book has an Introduction by Selma Carvalho which succinctly introduces the reader to Edila and her times.

All the tales have an anecdotal feel. Dressed as fiction they sidestep the problems of hurting real life people or their relatives as an autobiography might.

The title story, The Tulsi, poignantly  shows how an American daughter-in-law who is eager to please her Hindu in-laws cleans up the overgrown weeds in her house’s courtyard. But in doing so, to the horror of her mother-in-law, she also chops off the sacred tulsi plant!

Author Ray Bradbury wrote,”You don’t have to burn books to destroy a culture. Just get people to stop reading them.” In spite of the onslaught of  new technologies it is a good thing that the book culture is alive and well in Goa.

This article was first published in the November 2011 issue of Goa Today and has been reproduced here with the author’s permission. 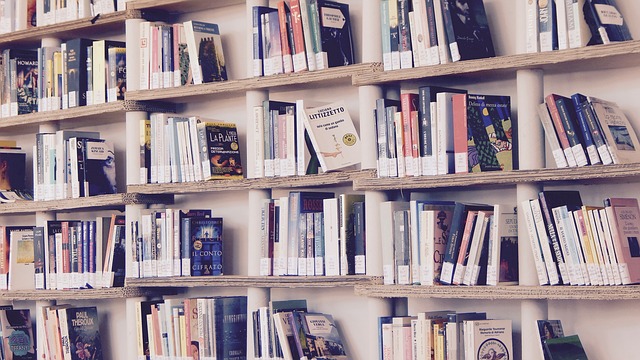 The Evolution of Print on Demand In India

Traditional Publishing versus Self Publishing: The Pros and Cons

Two of a kind

This blog is maintained by the folks at CinnamonTeal Design and Publishing. If you would like to guest blog, do contact us at [email protected]