Films are perhaps India’s largest cultural export. Besides Hindi films that perhaps create the largest buzz, films in other Indian languages have also contributed substantially to the economy of the state and have created their own groups of fans. The first talking film in India, Alam Ara, was made in Hindi and was released in 1931. In Goa, then a Portuguese colony, it didn’t take long for the craze to catch on, and on April 24, 1950, the first full length Konkani film, Mogacho Anvddo, was released. It was produced and directed by Jerry Braganza, a native of Mapusa, under the banner of ETICA Pictures. 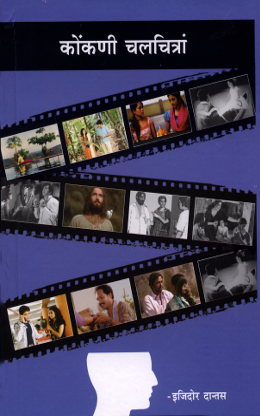 The Konkani film industry did not see the rapid growth witnessed in the other languages. Till December 2014, the total number of films produced in Konkani numbered just 45. Many of them were extensions of the tiatr, the local theatre form, and sourced its actors from there. The cinephile, however, must be curious about these films, their plots, the actors in them, and their evolution over time.

Isidore Dantas, a Goan based in Pune, took it upon himself to document the Konkani film industry. In 2009 he published his research in a Konkani book in the Roman script, titled Konknni Cholchitram (Konkani films), which documented the plots of each movie, the lyrics of some of the songs (the tiatr being of the musical genre, Konkani films couldn’t be much different), and any photographs he could find. In his book he laments that many movies have been lost forever as their prints cannot be traced.

Having taken it upon himself to transcribe the book into the Devnagari script, Mr. Dantas continued his work and published his new book, कॊंकणी चलचितृां (Konknni Cholchitram). Launched in December 2014, this book was an update of the previous edition and carries information about all 45 movies released till December 2014. A well-produced book, this one too has many photographs, many of them in colour.

Both these books are available on dogearsetc.com and can be shipped abroad if required.

You can buy them here and here.

While you are there browse through our other Konkani books too.