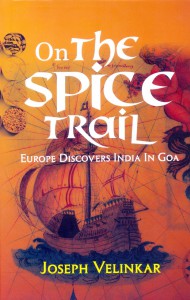 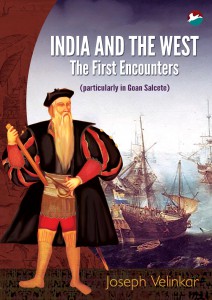 On the Spice Trail

India and the West

Goa has always been a mystery. And many have delved into it. From the famous flight of the arrow off the Western Ghats to its present-day impassioned claims to Indian-ness amidst its strong semi-Lusitanian outlook; from the solid middle-class endorsement of social mores to its openness to junkies and other unmentionables over recent decades; from the killing of Fr. Aquaviva (who visited Akbar’s court) and his companions in Cuncolim to the apparent acquiescence to extensive conversions and the Inquisition; from the courage to stay put when several thousands were fleeing from marauders of various hues to the universal attitude described by Martin Niemoller in all that happens to Goa even today. There is mystery in our most impressive prehistoric, village-level self-government which ran for centuries until it gave way to “liberated” party politics. Mystery also surrounds our unique, prehistoric method of harnessing the tidal waters (Khazans) with its intricate canals and sluice gates, and embankments of mud and laterite, protecting our agriculture from the ravages of tidal waters, a system unequalled anywhere in the world – except perhaps the dykes of the Netherlands. But most often today, the mystery of Goa spills out of tourist-brochures – while the drug-trade and human trafficking continue to be a mystery to the powers that be.

The two books under review delve into the mystery of Goa as it was perceived by European traders / settlers / conquerors; Goa as it evolved from a mere trading point to the grand Estado da India. So it was in 1998 that India and The West came to be published by Fr. Heras Institute of Indian History and Culture, Mumbai; the Foreword to this book was written ten years earlier by Dr. George M. Moraes, the celebrated historian-author, with Kadamba Kula (1931), History of Christianity in India (1964) among others, to his name; one-time head of the aforesaid Heras Institute, Dr. Moraes did not live to see the book published as he passed away in 1994. The publication of the second edition of the book has been boldly undertaken by CinnamonTeal Publishing, Goa.

On The Spice Trail is a Goa1556 venture in association with Golden Heart Emporium – (hereafter referred to as Spice for brevity). While India and The West rose out of a doctoral dissertation and concentrates on Salcete, Spice takes on a larger canvas covering the whole of Goa – and a longer period in time. But both in effect cover the same ground. The author in his Prologue says Spice is an expansion and continuation of the earlier book. The “expansion” aspect is quite apparent, and inevitable, since much of what happened in Salcete happened in the rest of the territory – except for the violence in Cuncolim. But Fr. Velinkar appears to be at pains to show, in both the books, that all the conversions to Christianity (in Goa) at the hands of the European missionaries were voluntary. He talks of pressures brought in by one member of a converted family upon the other non-converted members, but no pressure, he says, was brought by the proselytising powers. Amen!

There are details of those initial encounters and negotiations, victories and defeats … mixed with treachery, and desertions by mercenary forces. The encounters kept the various conquerors on their toes but one misses references to what may be mere folklore as in the joint suicide of the women in Chandor equivalent to the ‘johar’ of Rajasthan, historic events like the Pinto revolt and references to the British regime during the Napoleonic wars. The Inquisition takes all of two pages in Spice Trail and is not even mentioned in the other book. A major source of delight for the avid reader of Goa’s history is the detailed description of the formation of the gaunkari system – and the successful functioning thereof for centuries (which the Muslim invaders recognised and supported and the Portuguese renamed as comunidade). The post-1961 plight of the comunidades does not merit comment.

Both the books start with a detailed introduction to the geography of Goa so that when we move into the military operations we are familiar with the routes taken and have a fair idea of topology. Which, for the lay reader, makes for a compact one-volume presentation on Goa of the 16th century.