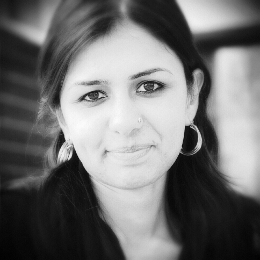 Manasi is the Commissioning Editor at Karadi Tales Company and has 5 years’ experience in publishing, several years’ experience in theatre and creative writing, and a postgraduate degree in Literature. At Karadi Tales, she focuses on picture books, audio books, and young adult fiction. She has represented Karadi Tales at the international trade fairs at New York, Frankfurt, London, Singapore, Bologna, Kolkata, and New Delhi, and in 2012 she was chosen for the prestigious Frankfurt Fellowship Programme for International Publishers. Manasi will be a speaker at Publishing Next ’13, the publishing conference scheduled for the 20th and 21st of September, 2013. However just before the conference, we (PN) got Manasi (MS) to share her thoughts:

PN: As the Commissioning Editor at Karadi Tales Company, you focus on picture books, audio books, and young adult fiction. Could you tell us about the challenges you face working in this field?

MS: Commissioning books for children comes with a unique set of challenges, the biggest one being that the purchasing power for children’s books does not lie with the consumer of the book. This manifests itself in several ways. For one thing, we’re competing with the education industry at every step of the way. The children’s book industry in India focuses primarily on education, learning, and early development. The major demand in India, among children’s books, is for books that are connected to the syllabus somehow. The parent’s knowledge greed, the school’s rigorous academic demands, and an increasingly competitive system of assessment have contributed to this. The content of these textbooks, though, has remained standardised, and the child does not always get exposed to content that is relevant, timely or contextually identifiable. In fact, until the nineties, reading for pleasure was a habit to be discouraged at schools.

All this is changing very slowly, but the fact remains that book purchasing decisions in the very young child’s life are made primarily by parents, teachers, and librarians, which means that these are the people who need to be convinced that a silly, quirky, hilarious story which offers no obvious moral or learning, but is still fun to read, is good value for money.

PN: You have represented Karadi Tales at the international trade fairs at New York, Frankfurt, London, Singapore, Bologna, Kolkata, and New Delhi, and in 2012 you were chosen for the prestigious Frankfurt Fellowship Programme for International Publishers. In 2013, you were invited by the Italian Trade Commission to represent India at the Golden Jubilee Celebrations of the Bologna Children’s Book Fair. What was it like going to so many different places representing India? What experiences did you bring home?

MS: My first trip to Frankfurt really opened my eyes to the world out there and the sort of content that is available in other parts of the world. While we’re invariably exposed to great literature from England and the USA, what really fascinated me was the plethora of books – unusual, creative, brilliant – from the non-English-speaking world. Since then, I have been to the book fairs at New York, London, Singapore, and Bologna, and I’ve of course been to the book fairs in India. It’s been fantastic in terms of exposure and learning.

Last year, for example, I had the great privilege of being on the Frankfurt Fellowship – a 15-day programme of meeting publishers from all over the world, exchanging ideas, discussing business practices, and talking about books. I learned so much from the people I met; it was the sort of experience that I’m certain will shape my future decisions within the industry.

PN: You are focused on bringing the very best of fiction from India to an international audience, as well as introducing Indian audiences to books of the world. How do you plan to achieve this?

MS: Open-minded exchange is really the only way to do this. Academically speaking, children’s literature can broadly be divided into two categories – the selective tradition, which represents the dominant worldview, and the oppositional tradition, which provides a counter-hegemonic perspective of the world. The dominant worldview tends to be the worldview of the perceived majority. For a child to be exposed only to selective writing – which, in most cases around the world, happens to be Caucasian, Anglo-Saxon writing – can be a very dangerous thing indeed. The oppositional tradition – usually postcolonial writing about coloured characters – is incredibly important for both the perceived majority and the several minorities. Basically, what this means is this: a book about Indian culture is as important for a non-Indian child as it is for an Indian child. In the former case, it spreads awareness about the existence of other cultures, and in the latter case it contributes to a sense of nationality, ethnicity and self.

Karadi Tales has been active at international book fairs since 2004, although the early forays were fairly naive. In the last 5 years alone, though, over 20 rights have been sold to markets ranging from Europe and the Americas to the Far East. There certainly seems to be potential for picture books from India in the world, especially considering the importance given to multicultural literature within international education.