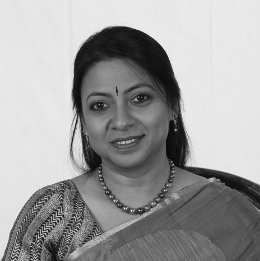 An influential person in the field of Odia Literature, Paramita’s first short story was published in the renowned Odia Magazine the Jhankar in 1985. Six of her short-story collections, including Kurei Phula(2009) and Prapti(2012) have been published in Odia, besides a novel, Apathacharini, published in 2006. An anthology of short stories, Door Ke Pahad, translated into Hindi, was published by the Bhartiya Jnanpith, New Delhi in 2007. Paramita will be a speaker at Publishing Next ’13, a publishing conference that is scheduled for the 20th and 21st of September, 2013. However before the conference, we (PN) got Paramita (PT) to share her thoughts:
PN: You are known as an influential person in the field of Odia Literature. What inspired you to start writing in Odia?

PT: I felt that I am more comfortable in expressing in my mother tongue. The books in Odia that I have read in my childhood helped a lot in shaping my inclination to write in Odia.
PN: Your stories and poems have been published in leading literary journals of India like Indian Literature, The Little Magazine, News India, Samakalin Bhartiya Sahitya, Naya Gyanoday, Hans, Bagarth, Jansata, Vipula (Enadu), Bhasha Bondhon etc. How did you feel when you saw that your poems and stories were being published in such renowned journals?

PT:It felt nice. The stories and poems were well received and I started getting feedbacks.It was in fact, very encouraging.
PN: ‘Door ke Pahad’ in Hindi and ‘Intimate Pretence‘ in English, are said to have been the books that brought you much acclaim. Could you tell us what it was about these books that was different from your earlier works?

PT: Both the books in Hindi and English, contained selected stories from my books.Those were chosen carefully and translated by expert hands.Through these books my stories travelled to writers and readers of other languages.The books were reviewed nicely and have reached many.
PN: You have received awards like the Odisha Sahitya Academy Award, Bhartiya Bhasha Parishad Award (Birla Foundation, Kolkata), Odisha Book Fair Award , Sea Shore Srujan Award, etc. How does it feel to be the winner of such prestigious awards and what do they mean to you?

PT: Awards are not catalysts for a writer to be creative. But it is certainly inspiring when your work gets recognitions.
PN: Most of your works were originally written in Odia. Was it ever a concern that these works would only reach a small section of the audience?

PT: Initially it was never a concern. But as I communicated with the writers of different languages, I felt an urge to read their works and felt that it is necessary to communicate through our writings too. This is how one comes to comprehend the creativity of the fellow writers.
PN: You belive that translation is the only medium through which writings of one language can reach others, thus bringing out knowledge of rich cultures of different lands to other’s notice. In a country like India the two languages spoken widely are Hindi and English. In which language do you think writings should be translated?

PT: The translations can be both in Hindi and English as both the languages are acceptable in India.