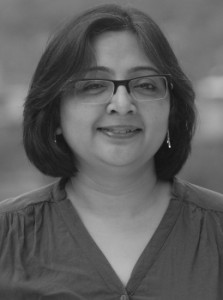 Uddipana Goswami, poet and writer based in Guwahati, is editor of Northeast Review, an online journal of arts and literature. Her published works include a poetry collection, We Called the River Red: Poetry from a Violent Homeland (2010) and an edited volume, Indira Goswami: Passion and the Pain (2012). Uddipana will be a speaker at the soon-to-come publishing conference Publishing Next ’13, scheduled for the 20th and 21st of September, 2013. Before the conference, however, we (PN) got Uddipana (UG) to share her thoughts:

PN: You have been published in Etchings (Australia), Chandrabhaga (India), Muse India (India), The Other Voices International Project (online), Geometer (UK online), XCP Streetnotes (online), etc. Also your poetry has appeared in Tonight, An Anthology of World Love Poetry, South Africa. How does it feel to have your works published in renowned magazines and websites?

UG: Whether consciously or subconsciously, at a certain level, every author writes with an intended audience in mind. Being published widely only brings her closer to acquiring that intended audience. In my case, I write for an empathetic audience that would take the pains to learn and understand my region – the Northeast – better. I have been lucky that I have found such an audience through the magazines and websites that have published my work.

PN: You believe that Northeast India is fast acquiring a central position in many new discourses in mainland India, but mostly for the wrong reasons. With Northeast Review, and also as a contributing editor of Muse India, you have worked to provide a balanced and objective perspective for the worldwide audience abut this region to help it emerge out of the misconceptions it remains veiled in. Could you tell us more about this?

UG: Till about 5-6 years ago, the Northeast was exoticised for its ethnic diversity and natural beauty on the one hand, and its remoteness (both physically and psychologically) on the other. Then, there was a slow but sure reversal towards exoticising it as the land of ethnic conflicts and sensationalising its various insurgencies and internal turmoils (I have written about this in more details in my book Conflict and Reconciliation: The Politics of Ethnicity in Assam published by Routledge). What has been consistently lacking, however, is a desire to know the region as it is – with all its inherent contradictions and conflicts, beauties and bounties. As I see it, there is a need to ‘humanise’ the region, and that has been my effort, whether in my writing or in the various editorial and publishing ventures that I have undertaken so far.

PN: Could you tell us more about your books: No Ghosts in This City and Other Stories (Zubaan) and an anthology of folk-tales retold, Where We Come From, Where We Go: Tales from the Seven Sisters (Westland).

UG: No Ghosts in This City and Other Stories (Zubaan) is my first collection of short stories. It is expected to be available on the shelves shortly. The stories are set in Assam and they are all about the everyday lives of people in the state. It is only incidental that these stories are all set in a conflict zone where the quotidian is often intertwined with the political reality of violence and impunity.

Where We Come From, Where We Go: Tales from the Seven Sisters (Westland) is a collection of folk tales from the seven states of the Northeast. I have put them together in such a way that they reflect the beliefs of the various communities of the Northeast regarding the beginning and end of life, the earth and human life and its various accoutrements. It is expected to be out early next year.